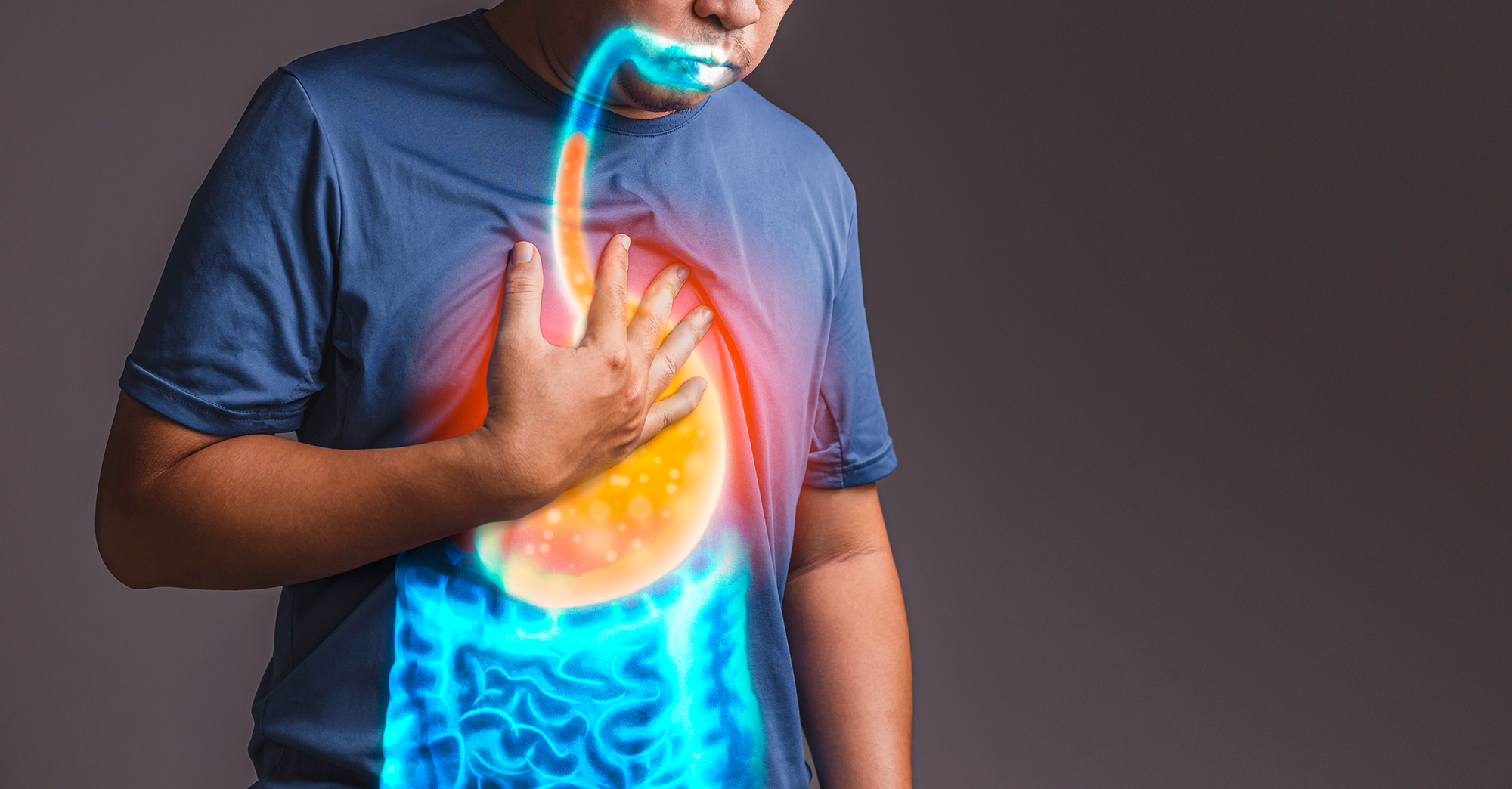 Your stomach is an organ between your oesophagus and small intestine and this is where the digestion of protein begins. Here food mixes with stomach acid, which is produced by cells lining the stomach. Other cells in the stomach produce bicarbonate, an alkali, to buffer the stomach acid, so that it does not become too acidic.

These cells also produce mucus, which forms a protective layer that prevents gastric acid from damaging the stomach. As well as breaking down proteins, the highly acidic environment in the stomach inhibits microorganisms, preventing infection.

The angle formed as the oesophagus enters the stomach creates a valve, known as the lower oesophageal  sphincter, that prevents stomach acid from passing back up, burning and inflaming the sensitive oesophageal tissue. Gastric reflux is caused by a failure of this sphincter.

Some medicines are associated with reflux, such as: progesterone, prednisolone, theophylline, dopamine, Valium, some calcium channel blockers and non-steroid anti inflammatory drugs. Some foods are also implicated, such as chocolate, citrus and tomato. Smoking, alcohol and coffee are also known for excess acid production. Finally, poor gastric digestion may be another possible cause. Foods that are not properly broken down may ferment, producing gas. This may increase gastric pressure, pushing up against the heart and the oesophageal sphincter.

If you are using PPIs in the long term, supplementing with magnesium and calcium is a good idea, because these minerals will be less efficiently absorbed. Henry Osieki, Australia’s nutrition guru, recommends the following supplements:

Henry also recommends raising the level of the bed head several inches, so that gravity assists the prevention of acid passing into the oesophagus during sleep.

My basic treatment for reflux is:

There are other ideas to consider as well.

Burning pain in the upper abdomen may also be a symptom of Helicobacter  Pylori, a bug that can infect the stomach. If you experience this symptom, have it diagnosed rather than trying to treat it yourself. Abdominal pain, particularly in a child, needs a medical diagnosis.