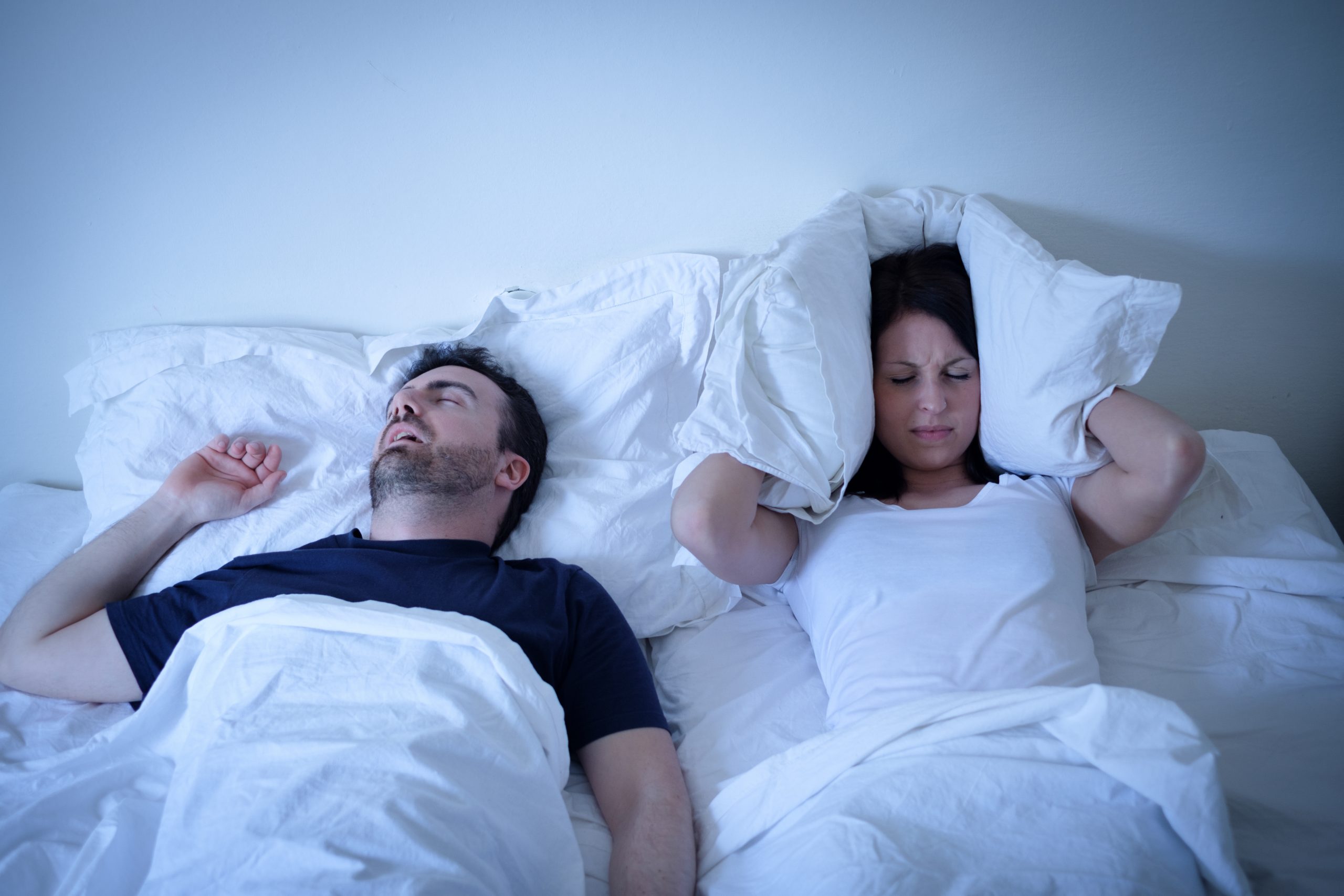 By Calanna TeamMarch 29, 2021No Comments

Patients with obstructive sleep apnoea (OSA) have repeated episodes of partial or complete obstruction of the throat (also known as “pharynx” or “upper airway”) during sleep.

During sleep, a person’s throat muscles relax allowing the tongue and/or fatty tissues of the throat to fall back into the airways and block airflow. During an apnoea event air is restricted from moving beyond the obstruction reducing blood flow to the brain. This in turn signals the brain to partially awaken from sleep to signal the body that it needs to breathe. This is often followed by a loud gasping, choking, or snorting sounds as the person takes a deep enough breath to fight past the obstruction.

Once a breath is taken the brain returns to sleep, and the process begins once again. This process can occur just a few times a night or hundreds of times a night depending on the severity of the condition.

When this occurs several times an hour, it decreases the quality of sleep an individual receives, opening up a whole range of subsequent medical issues. Sleep is a very important part of maintaining good health and without proper sleep a persons overall health can be seriously affected

While many people may be familiar with the most prevalent form of sleep apnoea, obstructive sleep apnoea, it often goes unrecognised that there are two other types of apnoeas that a person can suffer from, Central sleep apnoea and mixed sleep apnoea.

What is Obstructive Sleep Apnoea?

Obstructive Sleep Apnoea (OSA) is the most common form of sleep apnoea and is believed to affect approximately 4% of men and 2% of women. However, it is believed that only about 10% of people with OSA seek treatment leaving the majority of OSA sufferers undiagnosed.

What is Central Sleep Apnoea?

Central Sleep Apnoea (CSA) occurs when the brain temporarily fails to signal the muscles responsible for controlling breathing. Unlike obstructive sleep apnoea, which can be thought of as a mechanical problem, central sleep apnoea is more of a communication problem.

Causes or conditions that can lead to CSA

What is Mixed Sleep Apnoea?

Optimal treatment options for mixed sleep apnoea still need to be refined. Currently one of the best treatments is still CPAP devices, but set at the lowest possible pressure setting that successfully keep the airways free from obstructions, but don’t allow CSA symptoms to develop.

What to do next

If you live in North Queensland believe that you may have symptoms of sleep apnoea, click the link below to schedule a free phone consultation with one of our clinical sleep specialists. In just 10 minutes we can help you discover whether or not your symptoms warrant a sleep study to help you get diagnosed and treated for your sleep disorder.

DISCLAIMER: This information is an educational aid only. It is not intended to replace medical advice for individual conditions or treatments. Talk to your doctor, pharmacist, nurse or naturopath before following any medical regimen to see whether it is safe and effective for you.