Who is Calanna Whole Health Pharmacy?

For over 40 years we have been operating an authentic whole health model to help people pursue more from life. We strive towards being the trusted partner in the primary health care of individuals and families.

Our pharmacists work with our extended health care teams to take care of you and your family in a safe, comfortable, family-focused environment.

We want to create the best health experience for all people in North Queensland.

We are more than a pharmacy – we’re a destination for your whole health needs.

So, pop into your local Calanna Pharmacy and say hello today. We can’t wait to get to know you and your family.

Our business model combines traditional pharmaceutical treatments with naturopathy so we can care for your whole health.
We know that everyone’s health is unique. We work with you, your health care team and with the Calanna team to understand the underlying causes of your health problems, and make personalised recommendations to improve your whole health and quality of life.

We pride ourselves on being one big family.
Our staff work hard to deliver our shared vision of improving the health and wellness of people in Cairns, Townsville, Atherton, Innisfail and the Gold Coast. We want you to feel at home every-time you walk into one of our Pharmacies.
We know that by developing relationships with you and your family, we can provide better care and service to you every time you visit.

Got a question? Ask Calanna!
For over 20 years we have employed a face-to-face dispensing model so our Pharmacists can be out on the floor, interacting with you to help you understand your health, medicines and well-being better. We will always do our best to answer your questions or concerns and can even help with minor medical emergencies, but will always refer you back to a doctor or other health specialist if it’s out our scope.

It all started in the 1950’s when Mario was inspired by his Aunt Edie’s pharmacy work, which he saw making a huge impact on people’s overall health and well-being.

One of the first female pharmacists in Northern Australia, Mario was enamoured by his Aunt’s caring, joyful and humble nature and the outcomes she achieved for those she helped. He went on to develop a strong and passionate vision to also work with people to improve their whole health, through connection to community, well being and quality of life.

Mario Calanna’s father came to Australia, from Sicily, when he was 18 years of age in 1925. He spoke very little English and had only received a Grade 3 level education. He wanted more for his own children and worked hard on the family farm and in other jobs to provide every opportunity for his children.

Mario recalls the story like this, “After many general conversations during high school I can recall he said: ‘Son, you have two options – the pick and shovel and land are this way..books are the other way – you choose”.

Mario chose the books as his father had expected and followed in the footsteps of his Aunt Edie who had been an ongoing source of inspiration for Mario’s whole health dream.

Becoming a pharmacist was one thing, but Mario’s father had bigger plans. While Mario studied, his father planned his dream – to build his son a medical centre.

And so, it was that part of the family farm in Woree was eventually sectioned off, cleared and developed into the Calanna Medical Centre and first Calanna Pharmacy in 1976. The realisation of a dream and the beginning of a legacy.

Now in the hands of the next generation, the group is still described by the family as something they built with their hearts and souls.

Mario’s son, Matthew Calanna, also an accomplished pharmacist, now heads up the business as the Group General Manager. Daughter Catherine Hackett-Calanna works as a store manager at the founding pharmacy in Woree. 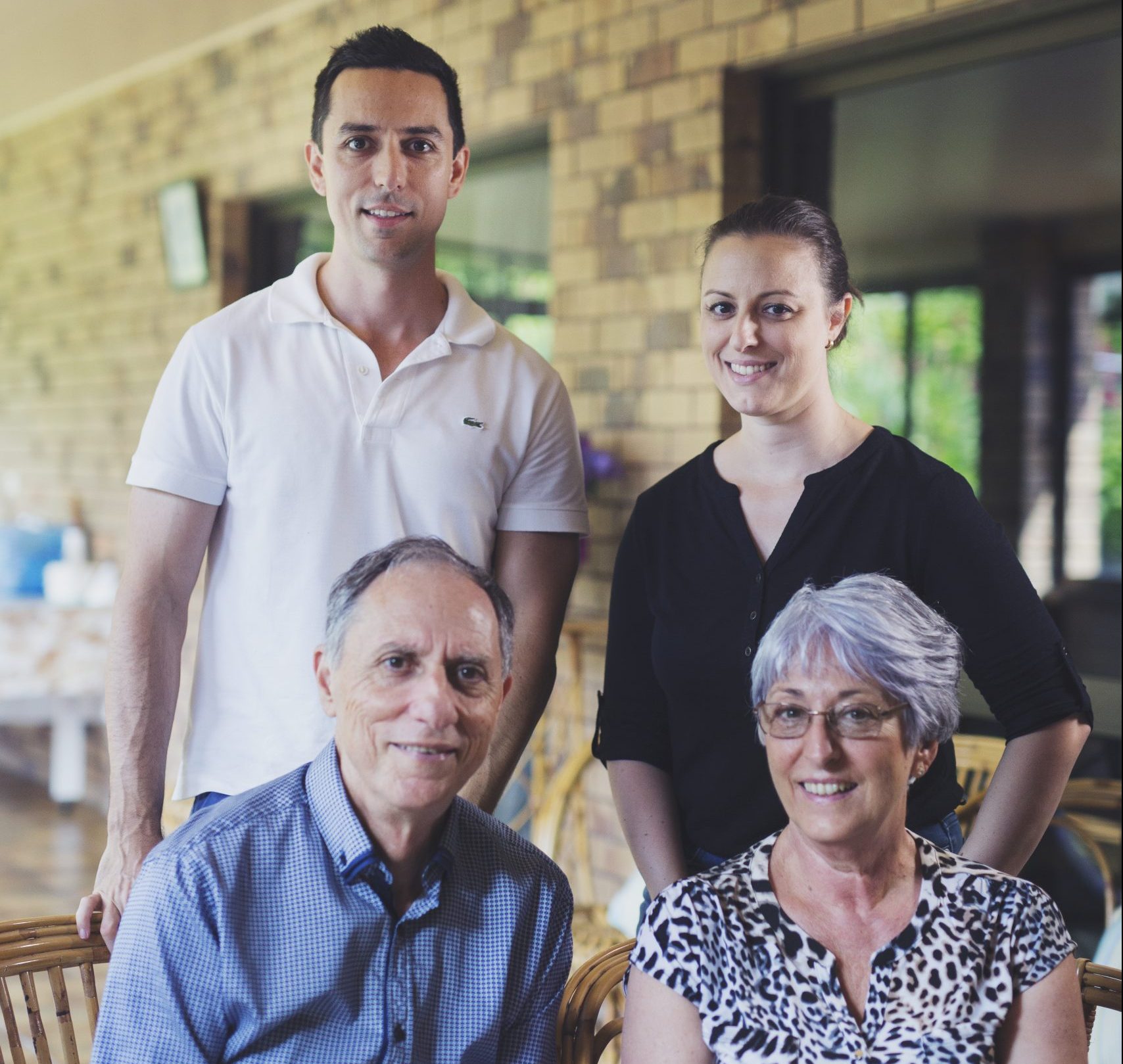 A unique model made so our Pharmacists can interact with you and help more.

Constantly educating and training our staff so they can assist you better every visit.

Providing you with safe medicine dispensing and up to date medication technologies and services.

Ensuring your are provided with a high quality, consistent and safe service.

“When I turned 40, I noticed my energy levels weren’t the same – I was more tired and didn’t feel quite right. Like we all do, I visited a Doctor for blood tests. When the results came back normal, I wanted to investigate further and made an appointment to see a Naturopath. The recommendations she provided had me feeling better than ever. My experience was a revelation and from then, I really wanted to provide everyone with the same breadth of health and support. Soon after, I brought on my Naturopath as a full-time health practitioner at the Woree Pharmacy in Cairns and a dynamic partnership was born. Calanna Pharmacy now have Naturopaths in Cairns (Woree and Cairns North) and Townsville (Deeragun and Kirwan) who can do face to face consultations, or online consultations to anyone in Australia.

Our family knows first hand what it’s like to have a severe medical problem like cancer, a chronic disease like IBS or diabetes, anaphylactic allergies, and even chronic pain. We believe in traditional medicine, but we also know the integration of natural medicines & natural health practitioners have helped our lives and dealing with these health issues significantly. That is why Calanna Whole Health pharmacy provide some of the best natural health products available. We custom make medicines for those who need them, and we even created our very own line with the help of our on-site Naturopaths, Mario’s Range, to help people live their best lives.

Our passion is to help people who are unwell feel better, and get better, but also to prevent people from being sick in the first place and this is where our naturopaths and natural medicines help us with this mission.

If you are worried about your health, and you need a customised approach to help you, we are here to guide you.

Give us a call, or drop in store and one of our friendly team would love to help you feel your best with real solutions.” 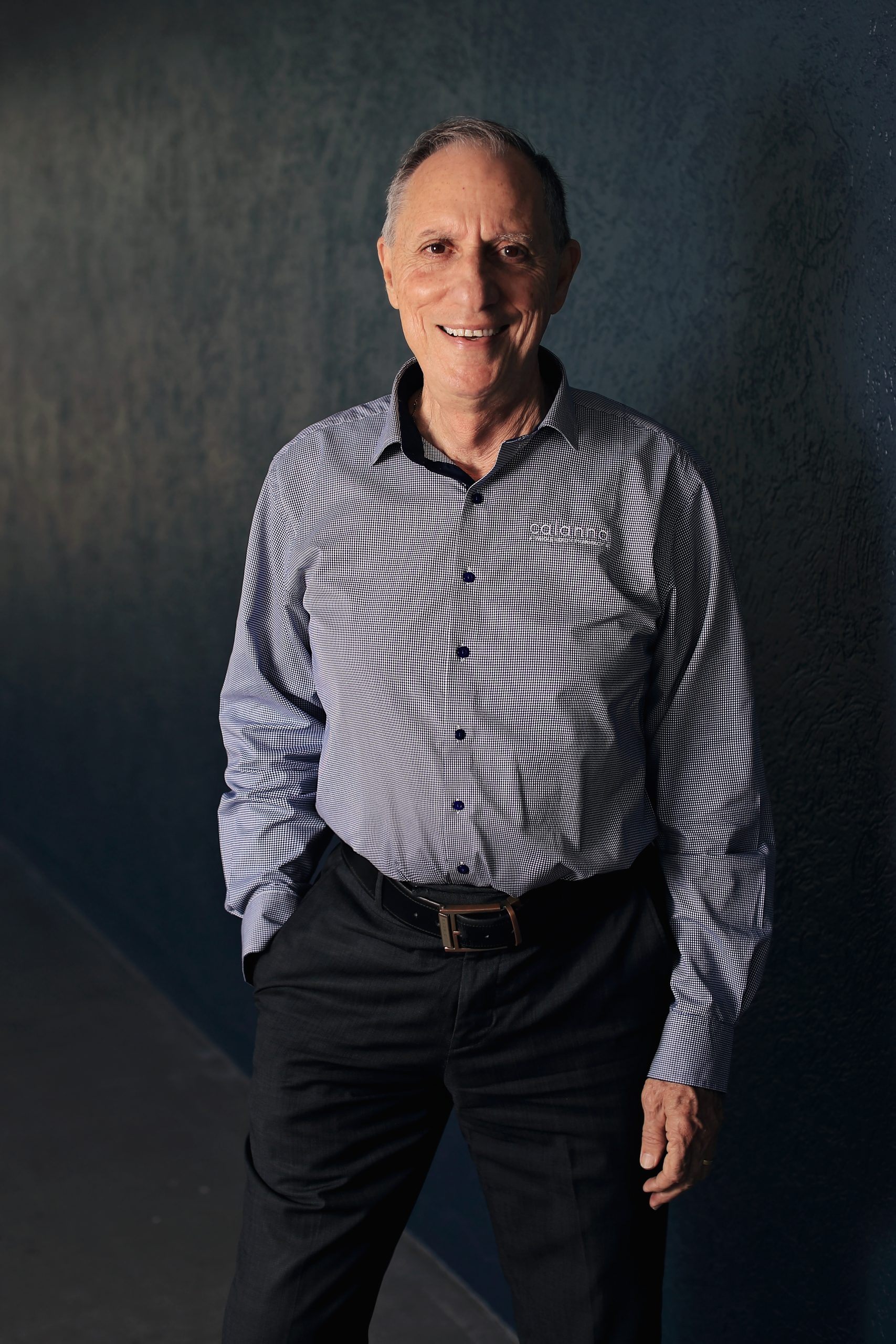 Say hello to the Team Leaders at Calanna Pharmacy. 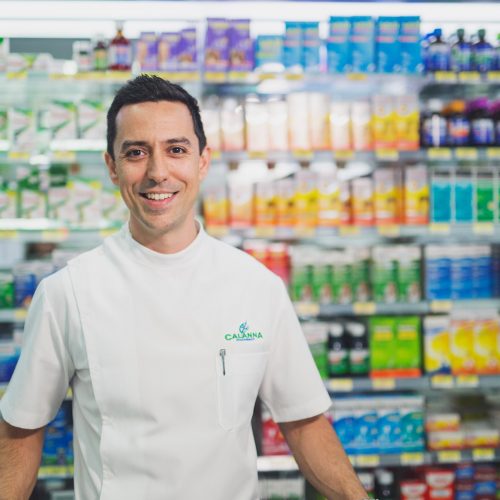 For over 40 years we have been operating an authentic whole health model to help people pursue more from life. We strive towards being the trusted partner in the primary health care of individuals and families.

Our pharmacists work with our extended health care teams to take care of you and your family in a safe, comfortable, family-focused environment.

We want to create the best health experience for all people in North Queensland.

We are more than a pharmacy - we’re a destination for your whole health needs.

So, pop into your local Calanna Pharmacy and say hello today. We can't wait to get to know you and your family. 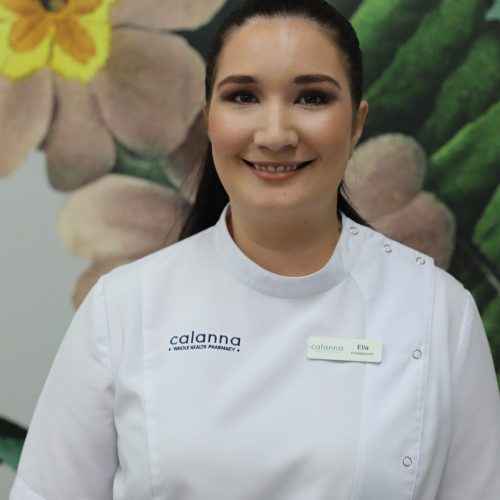 Hi I'm Ella. I'm the Team Leader at Calanna Whole Health Pharmacy Kirwan. I've been a pharmacist with Calanna for seven years and worked at 3 of the 4 Townsville stores during this time. When I'm not at work I enjoy spending time with my family, cooking and exploring local attractions. 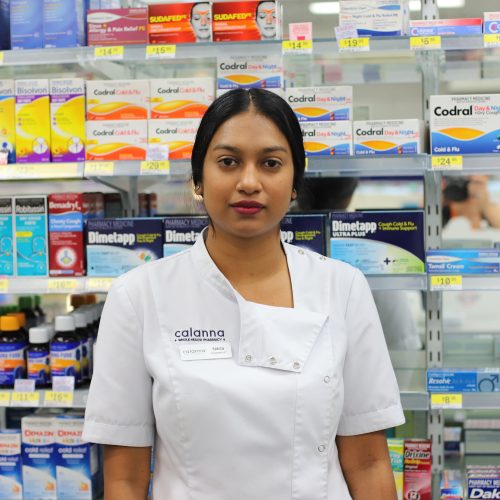 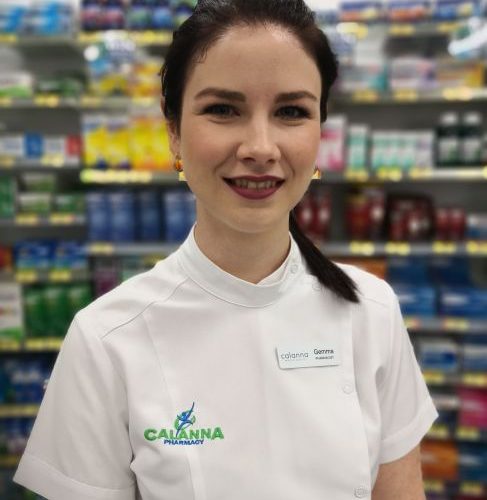 Hi, I’m Gemma. I’m the team leader at North Cairns, and have been with Calanna Whole Health Pharmacy since I was a pharmacy student. I grew up in Cairns and returned after completing my degree to be close to family. The team at North Cairns are like family and make work a fun place to be!

We have multiple locations all over Queensland. Find your nearest store here